What is network fundraising?

Why should you consider hosting a network fundraiser?

You might not be sure if network fundraising is right for your organization, but there are a ton of benefits to this method of fundraising. Network fundraisers can help your organization expand your reach into your network of supporters. Not only will you be able to build stronger connections with your most dedicated advocates, but you’ll also be able to turn that energy and support into an effective channel of fundraising. Also, part of the appeal of network fundraising for participants is that they get to meet and network with other like-minded folks that are passionate about your cause.

How do you create a network fundraiser?

Determine what kind of fundraiser to host

Before you can start recruiting fundraisers, you need to determine what kind of fundraiser to host or come up with a theme for the campaign. If you’re not sure where to start, pay attention to what kinds of fundraisers other organizations in your community have hosted. Consider what elements made their fundraisers successful and strive to emulate that success. Then, consider what you can do to make your fundraiser unique. You want your campaign to stand out to draw attention and encourage your supporters to become fundraisers for your organization. Need inspiration? Don’t be afraid to look beyond your community for inspiration, too! You could take an existing idea that’s been successful elsewhere and be the first to start it in your community.

If you’re going for a fully DIY fundraiser format, your fundraisers can decide how they’d like to raise money. They can host a bake sale or car wash service, or they can go the route of just increasing awareness and organically reaching out to their networks to spread the word. Just make sure they’re aware of the timeline for your fundraiser and how long they have to raise money so they can plan their fundraising efforts accordingly.

Once you’ve started planning your campaign and have an idea of what your fundraiser will look like, start recruiting your fundraisers. Build your list of contacts and connections to find individuals willing to fundraise. It’s best to single out people with influence and large networks of their own to recruit. Reach out to local celebrities, city officials, and influencers who might have a personal connection to your organization’s mission.

You can also start within your organization to find influential people with ties to the greater community. Board members and your most active donors and volunteers are usually your best bet as well-connected network fundraisers and a great starting point. Cultivate your relationships with your current volunteers and donors and discuss your fundraising needs with your board members to see if they would be willing to become fundraisers.

Once you’ve exhausted your organization’s immediate network, research to see if there are any networking events happening in your area. At these events, you can connect with businesses and potential corporate partners. Remember that networking is about making genuine connections, so attend these events ready to get to know people. Do your research about who might be attending these events and what their interests are so it’s easier to connect with people.

If you already have corporate partners, reach out and see if they would be willing to activate their employees to fundraise for you. Many businesses and corporations have internal philanthropy programs where employees are encouraged to volunteer with nonprofits or lead a fundraising team to raise money for an organization. Regardless of whether you’re aware that your sponsors have such a program, always reach out. Make sure to offer exclusive benefits to any business willing to encourage their staff to participate, just as you would with a normal corporate sponsorship.

Provide resources for your fundraisers

After you recruit your fundraisers, it’s vital to provide them with support as they begin their fundraising quests. Your fundraisers need to know that you have their backs and that you’ll be a helpful source if they need anything. You can start by meeting with each of your fundraisers individually to cultivate your relationship with them. Learn about their interests and ideas for fundraising and give them advice for how they can overcome any challenges they foresee.

In addition to a list of fundraising ideas, provide your fundraisers with email and social media templates. They’ll be reaching out to their own networks to solicit donations, and while they may be passionate about fundraising for your organization, they may not have much fundraising experience. With templates on hand, all fundraisers need to do is fill in the blanks and hit send, confident that they’re making donation asks properly and with maximum impact.

Along with templates, try to offer a list of talking points for fundraisers to hit on when asking for donations. These talking points can include statistics about the communities you serve and the impact your organization has had on those communities in the past. Highlighting the needs your nonprofit is trying to fill as well as how successful you’ve been at providing that support will establish credibility with your fundraisers’ networks.

Review and report on your network’s progress

Sharing the impact your fundraisers are making on your organization can also encourage them to continue their fundraising efforts. Provide in-depth information about how the money they’ve raised so far will help you with your nonprofit’s mission and how they’re making a difference. Your fundraisers can also share this information with their own networks to encourage them to donate for the first time or give multiple times.

Showing your fundraisers their impact can also be more effective than just telling them. Share photos and videos from the programs and initiatives your network fundraisers helped to fund so that they better understand why the fundraising work they’ve done is so important. Seeing the results of their hard work will make them more likely to agree to become network fundraisers again in the future and stay engaged with your organization between fundraising campaigns.

Incentivize and recognize your fundraisers

Your fundraisers have gone above and beyond the average supporter in helping your nonprofit make your mission possible. To get your supporters excited about possibly becoming a part of your fundraising network and make current fundraisers feel appreciated and important, it’s essential to incentivize and recognize them for all they’ve done for your organization.

With how much work your fundraisers have put into supporting your organization, it’s only fair that they get special recognition in places like your annual report, your newsletter, on social media, and at events. If you’ve chosen to host a DIY fundraiser, highlight various fundraisers or fundraising teams and their projects on your social media accounts throughout your network fundraising campaign and after it concludes. List their names in your annual report when you discuss your network fundraiser’s impact so shareholders recognize who in the community helped make your nonprofit’s successes possible that year.

In addition to name recognition, special perks like free swag, advance ticketing access to events, invitations to exclusive events, and an awards ceremony to celebrate fundraisers’ contributions can be great ways to make them feel appreciated. If your network fundraiser is a success and becomes a yearly event, making your fundraisers feel special year-round will also make them more likely to participate in following years.

Facilitate this retention strategy by creating special alumni groups to keep past fundraisers engaged. You can use social media groups to give your network fundraising alumni an easy place to virtually gather and connect, or create a special, gated webpage on your website where they can go to get updates and stay in touch. Consider making a special newsletter for your network fundraising alumni as well to keep them informed about how the money they’ve raised is making an impact on your organization.

Network fundraising could be an especially valuable fundraising method for your nonprofit. You might already have the early beginnings of a wide fundraising network in place in your board members, volunteers, and donors without even realizing it. If you haven’t before, start considering network fundraising as an effective way to galvanize your network and multiply your fundraising efforts to make an even bigger difference in your communities and the world.

Tiara is a writer by trade and a passionate supporter of nonprofits by nature. When she's not typing away at her keyboard for hours, you can find her dancing (if you can call it that) at concerts, drinking copious amounts of English Breakfast Tea, and daydreaming about traveling the world. 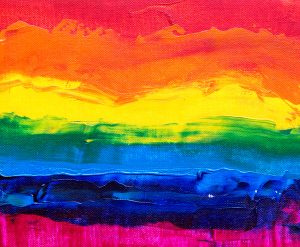 Awareness Months and How to Fundraise During Them 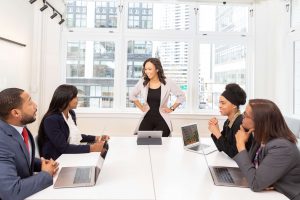 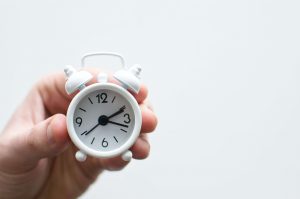 How to Host a Giving Day: A Guide for Nonprofits